My 5th graders have continued to practice catching and throwing skills the past few weeks. I have given opportunities during each class period for them to complete the PE Central Challenge of catching 30 in a row with a partner. We have also practiced many catching "stunts" with partners such as a two ball toss, kneel and toss, toss under leg, behind back, etc.

Here is a list of some of the games we have played this month: (Click on some for directions or videos of the game).
Jail Ball
Hoop Guard
Catch Everything (Similar to Throw Everything, except toss and catch with partner)
Keep Away
Bean Bag Battle
Dr. Mario (aka. Medic)
Star Wars
Thanksgiving Match Game (Running Relay)

I also introduced the Balance Beam Challenge to 5th graders this week from the PE Central Challenge. With a partner, students have to pass each other twice while keeping their balance to pass the challenge. 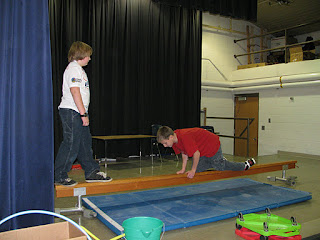 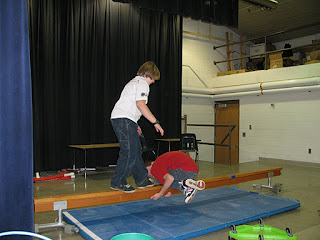 Kindergarten classes have also been working on catching and throwing. They have played a few of the games above, plus a throwing game called "Oscar's Garbage Can" and Thanksgiving Tag. 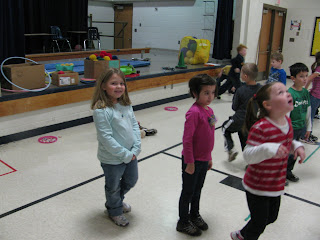 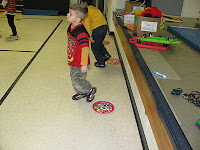 Students ran to the opposite end of the gym to get a Thanksgiving card (with a picture of food on it...turkey, potatoes, pumpkin pie, etc) and then ran it back to their team's "plate" to make a match. 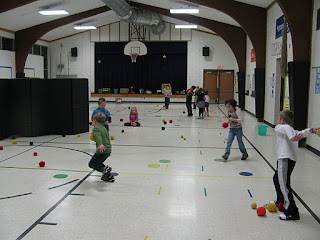