I had so much fun with the kids on Wednesday at the Early Childhood Center. After our warm up game "STOP, GO, SLOW", we did some Dinonastics, then Hula Hoop Activities, and learned about Relay Races. After the kids learned how to take turns (they were in groups of 2-3), we played the Number Match Relay. It is quite amazing how much we can accomplish in 30 minutes when everyone is listening and following directions!

The pics below show Kindergarten students sitting at the end of their relay.  We talked about who is FIRST, SECOND and THIRD in line.  The second picture shows a student matching the number to her game board for the "Number Match Relay". 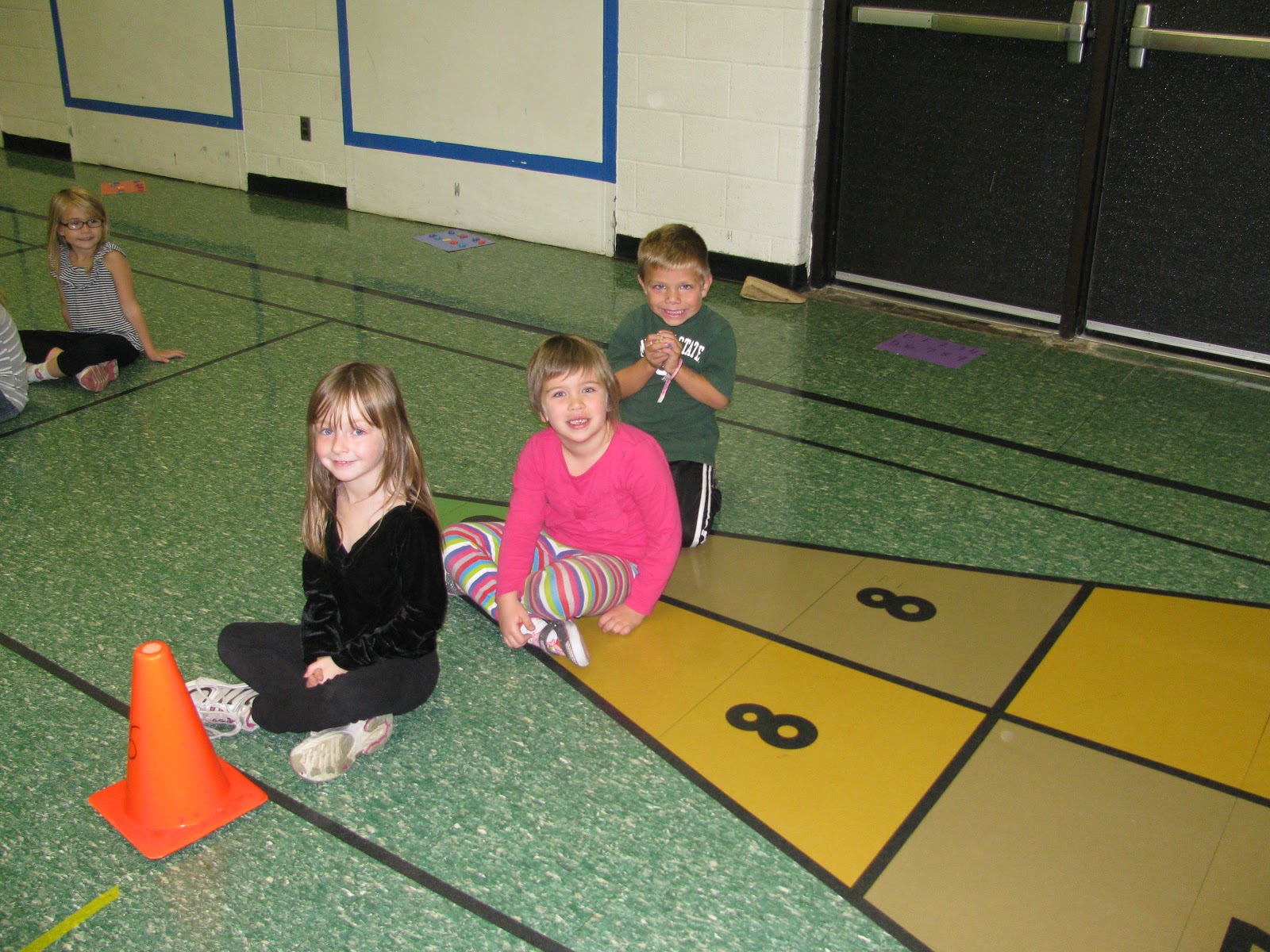 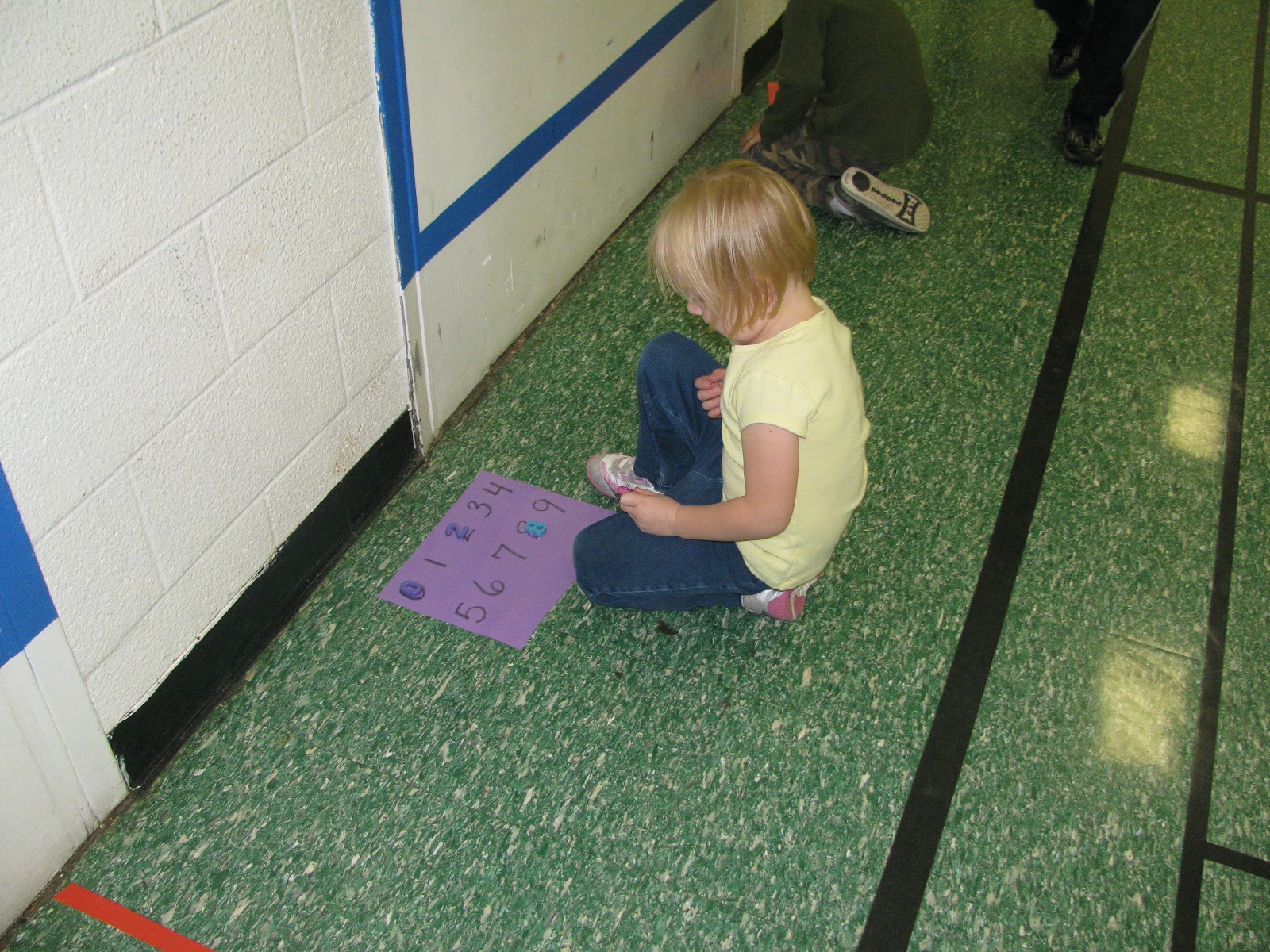 Here are some pics from last week when we did centers.  I tested the students on balance beam and gave them a special certificate if they could make it across all beams perfectly at least two times.  We called the beams "bridges" and the poly spots were "lily pads".  Don't step in the water! 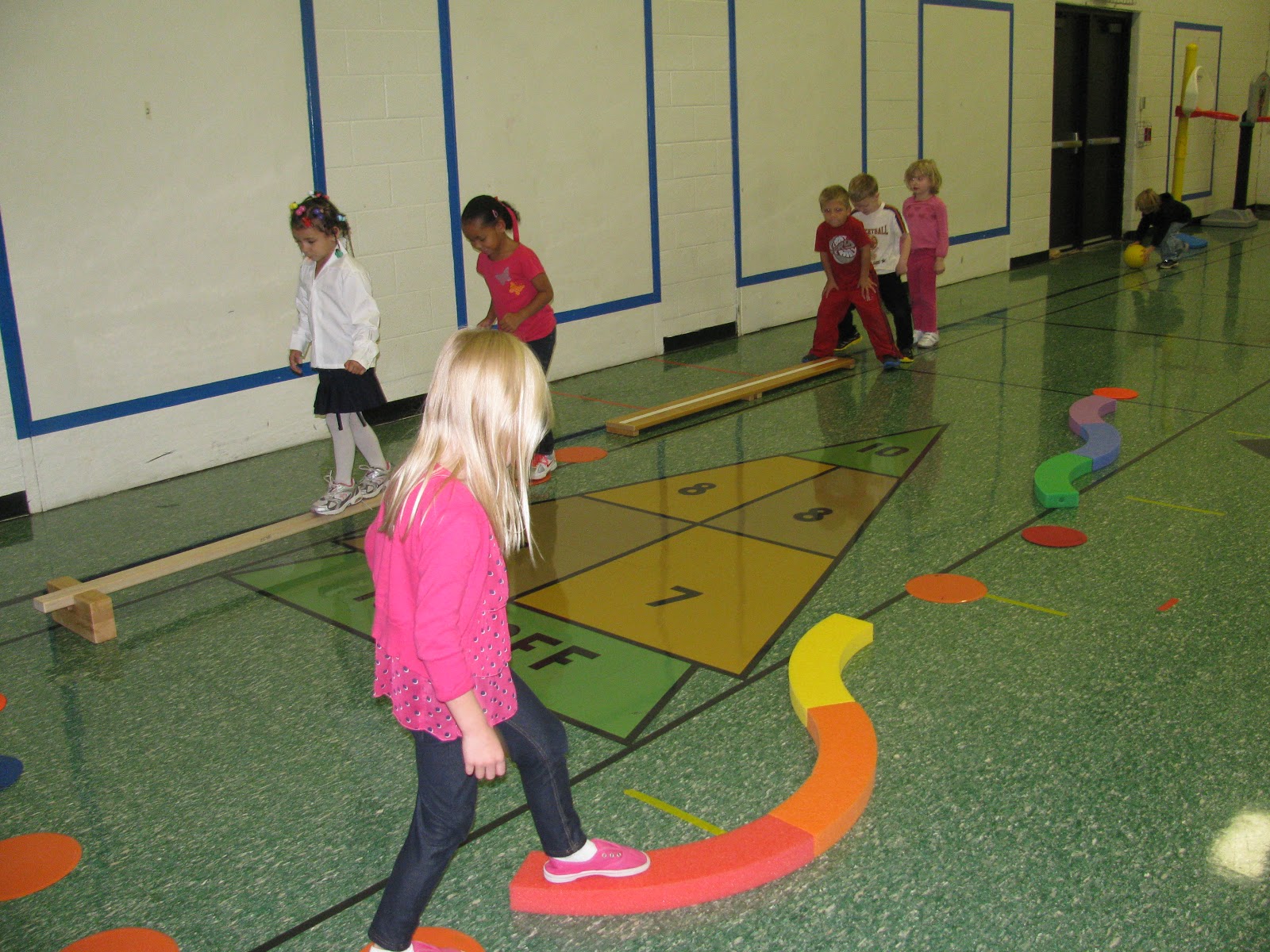 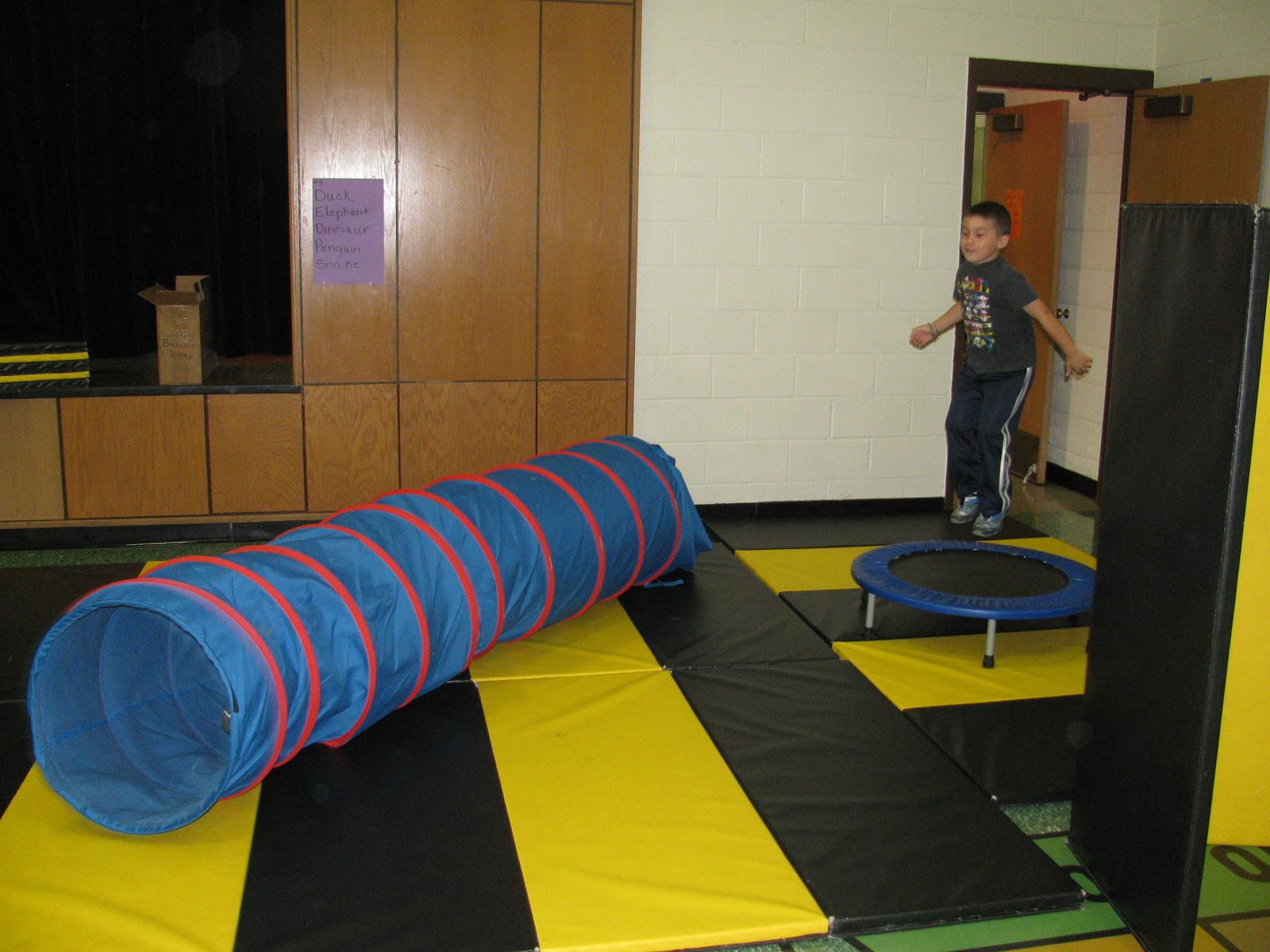 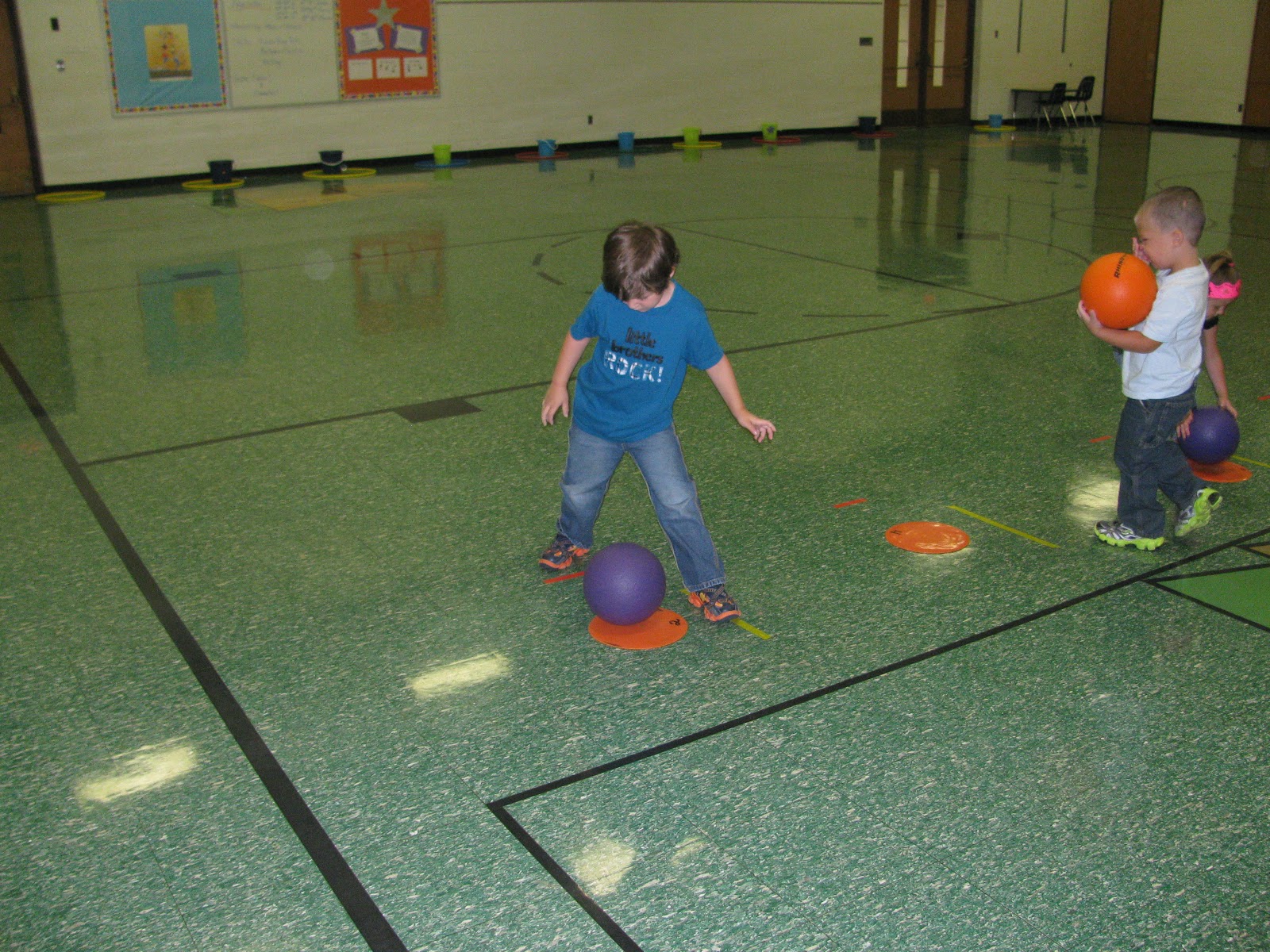 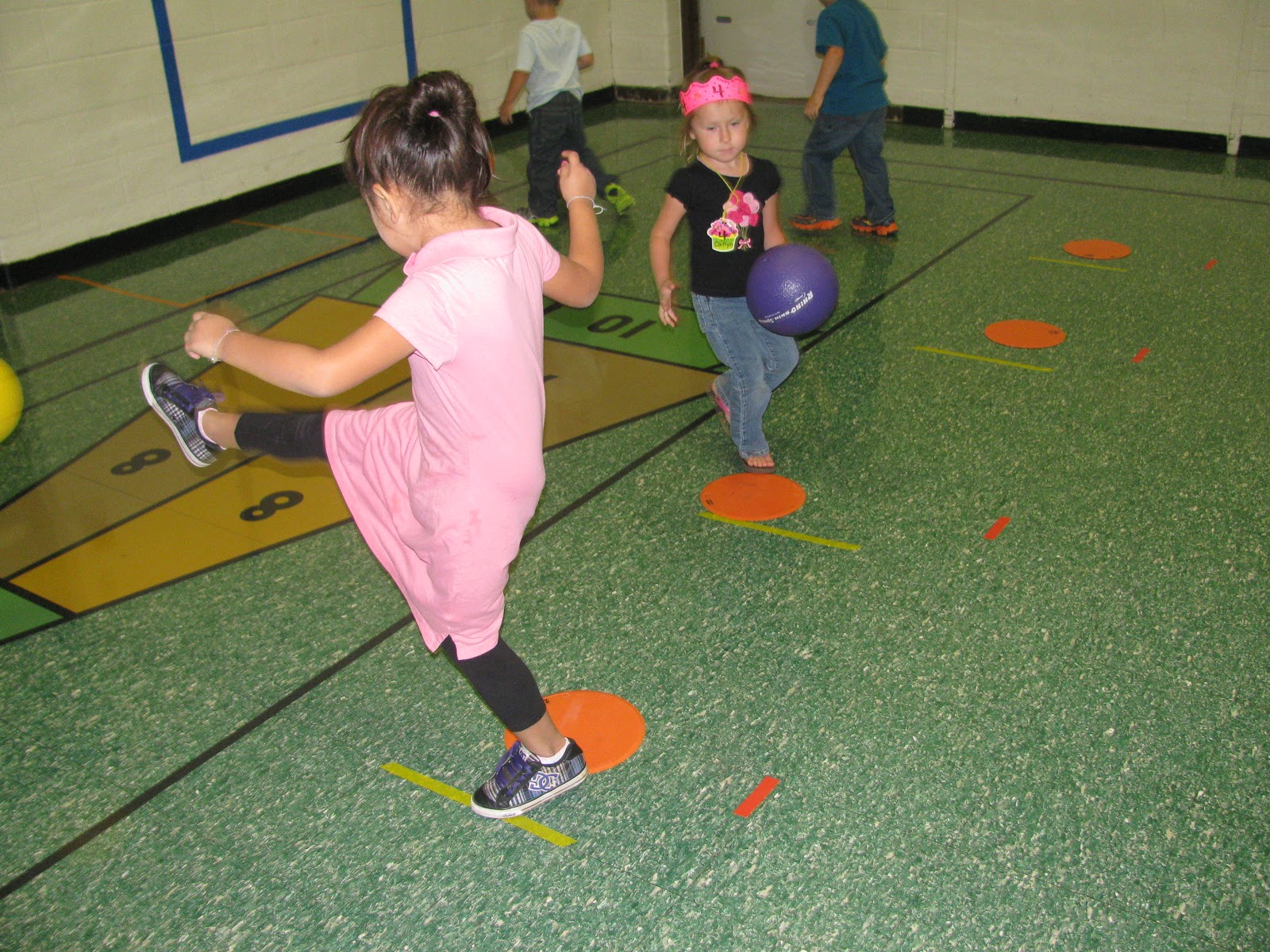 Dinonastics CD - Doing the Animal Walks (Duck and Penguin below) 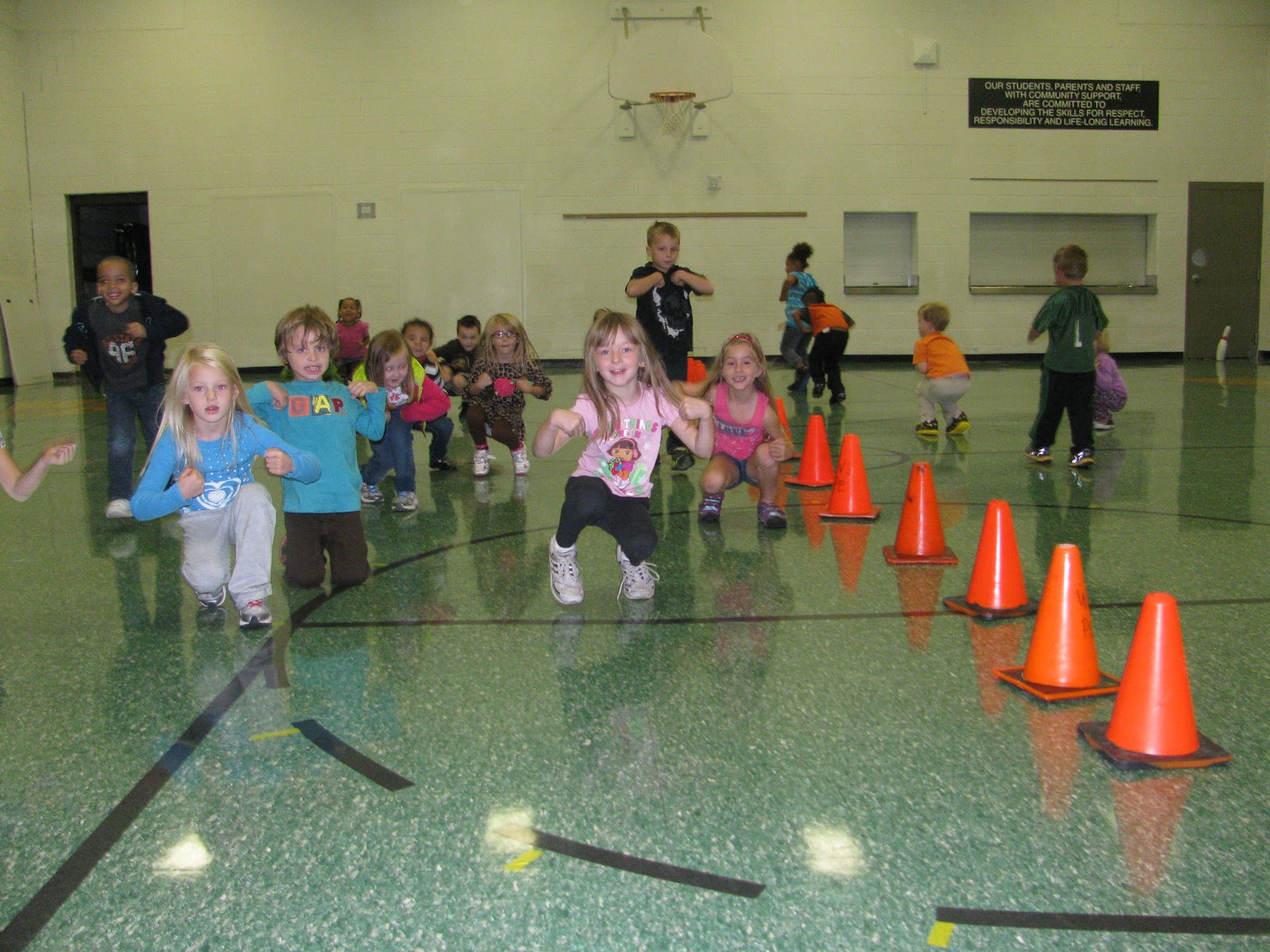 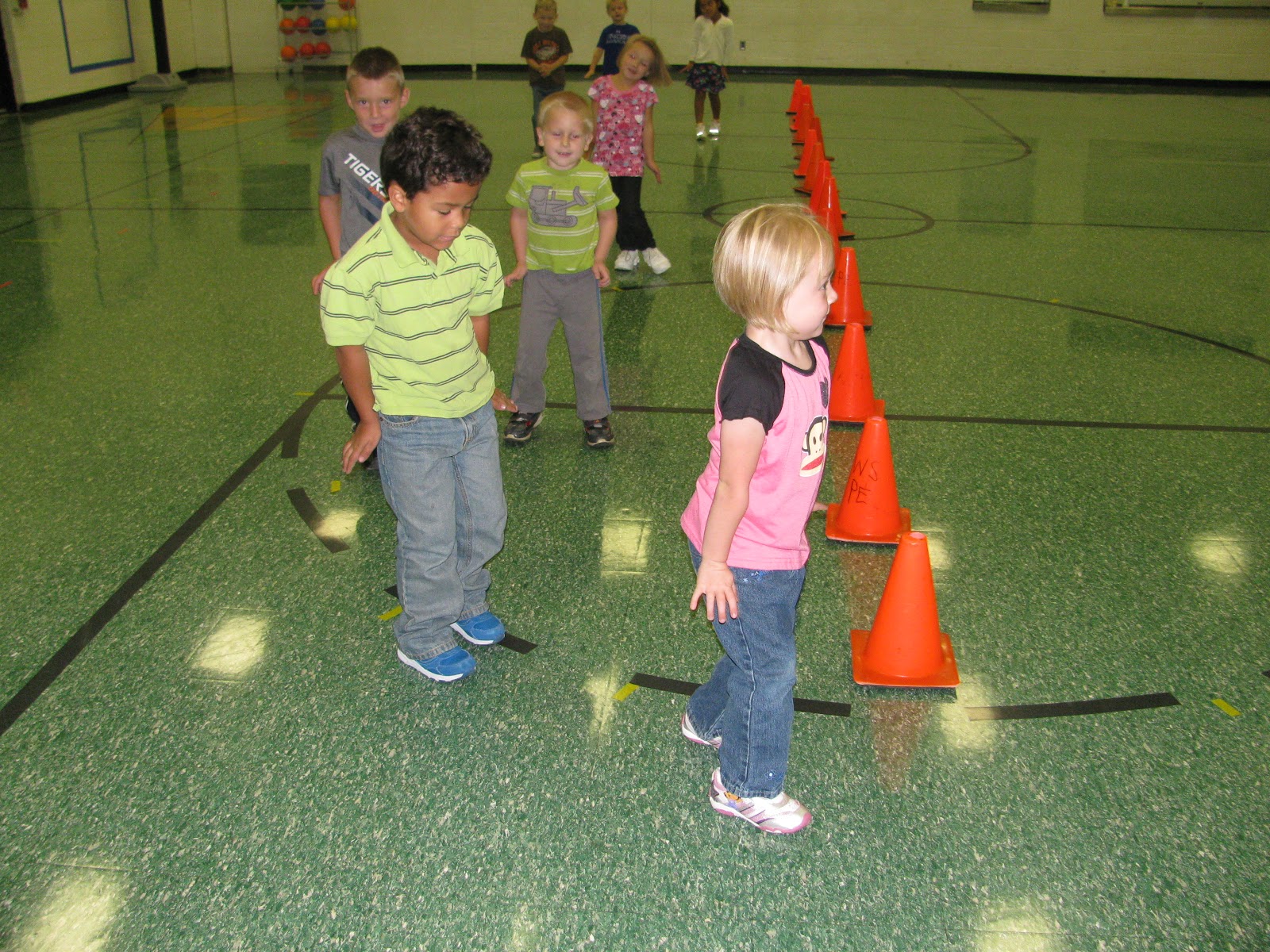 Zinser - 2nd Grade Update:
Sorry no pictures!  I have been so busy with these classes that I didn't have time to take pictures.  We've been working on fitness testing and centers (balance beams, bean bag toss, balloons and paddles, jump ropes and jumping sticks, trampoline and catching cups.   Next week we will take a break from testing and play some fun Halloween Fitness Games!