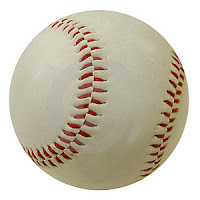 Catching - Instruction:  I begin our catching unit with each student working individually in their own space with a bean bag.  They are to listen and do what I am doing/telling them to do with their bean bag. See below for “drills”.

Balancing the Bean Bag (Individual Activities)
Allow them to get familiar with using a bean bag by doing some balancing activities.

Balance bean bag on:
Head
Shoulder
Arm
Foot (raise leg up and down while standing on one foot)
Back side of hand
On stomach while doing the crab walk

After balancing activities, move on to showing them how to toss and catch to themselves, staying in personal space.  Show them tossing at  a LOW level, MEDIUM, and HIGH levels.  Have them practice tossing/catching at each level.  HIGH might not be a good idea for K-1st the first day!

Individual Stunts
1.  Toss/Clap/Catch (toss at a low level for one clap, and medium and higher for more claps)
2.  Toss/Kneel/Catch then Toss/Stand/Catch
3.  Toss/Spin Around/Catch
4.  Toss/do a pretend action/ Catch (ex. brushing teeth, swinging a bat,  doing a jumping jack, shooting a basketball, dancing, etc.)
5.  Toss behind back and catch
6.  Toss under leg and catch
7.  Place on instep and balance it, then lift leg to toss it, and catch.
8.  Freestyle (allow students to get creative and make up their own stunts).  Remind them the most important part of the stunt is that they can CATCH it!
After individual practice, explain how they will practice with a partner.  I only use an UNDERHAND TOSS while they work with partners.  I show them how to do a “TICK/TOCK TOSS” which means their arm swings like an arm on a clock.  Stress the importance of a good toss so your partner can catch it.


Stunt - toss-dance-catch (student misses the catch, but I liked his creativeness!)


Teaching Points: things to remind students about what they do while they catch.

1.  Ready hands (both hands are out, ready for a catch). Ready hands tells your partner you are ready to catch!

2.  Giving:  means you absorb the ball/object while you catch it

3.  If ball is above your head = put your thumbs together and Below head = pinkies together

4.  Don’t trap ball against your body to catch it.

Partner toss and catching practice: with a bean bag
Start close to your partner and step back with every successful catch OR set different criteria (must catch 6 to take a step back. If it is dropped, step closer.  aka.  “6 and step”)

Video of tossing and catching with a partner:


After a couple of minutes, tell them to count with their partners how many times they can catch it without dropping it.  Next have them count by 2s, 5s, 10s, etc.  OR have them say the letters of the alphabet while they catch.

Partner: tossing/catching stunts
If they are ready for something more advanced, show them some partner stunts.


Games: search pecentral.org for these games:

6 and switch = Place 12-15 small boxes around perimeter of gym.  Each box has 2-3 objects in it.  Each box has a different object to catch with (balls, rubber animals, bean bags, foam fruits and veggies, etc.).  Players catch 6 times at a box and then switch to a different box.  Rules = no more than 2-3 players at each box at a time, if you drop one it doesn’t count.  May do stunts or make a rule of if you drop one start counting all over again.

Notes:  I have them do this individually the first day and then play with partners the next time.  (after quickly reviewing and practicing the underhand toss with a partner).


Video of Six and Switch with partners:

Assessment:
Observe students as they are practicing drills and playing games.  Play catch with students during the games or drills for an individual test.
Posted by Carly at 1:49 PM